For over 26 years, ever since I built my first website for my guide business, I wanted to do a page like this. I guess the only thing that stopped me was actually taking the time to write the words to fill it.

A lot has changed since I got into this business back in 1992. When I started guiding we didn’t have the internet, email, cell phones or GPS… The finest custom built flats skiff on the market cost less than $20,000 brand new. Outboard motors were noisy and smoked when they were cold. Gas was less than $1 a gallon. You had to put a can of oil in the tank for every six gallons you pumped. Cameras actually had real film in them. You had a real good day fishing and it was off to the one hour photo on the way home. Video cameras hardly fit in the front seat of your truck much less your shirt pocket, not to mention cost as much as a used truck. Fishing guides used to know how to fish before they started taking paying clients. They didn’t try to ”learn on the fly” like so many do today. We had to pay our dues to attract clients, not hire an advertising guru or booking service. We had respect for others on the water. The boat ramp in Placida only had room for about 15 trailers back then. On a Saturday in June you could still get a spot at 8am most of the time… Yeah, it was a long time ago.

Sitting here looking at my computer screen it is hard to figure out where to start. I am here looking at a bunch of photos from back in the day and the memories are starting to flow.

I guess the best place to start is in the beginning.

Fishing and the outdoors has always been a part of my life. My oldest memories as a child were fishing with my Dad, Dub (my grandfather on my mother’s side) and my Great Granddaddy Hood (my father’s granddad). My Mother told me my first fishing pole was waiting on me long before I was born. So I guess it wouldn’t surprise you that I had my first tackle box full of lures with real hooks before the age of three.

The third photo on the right was taken at a very special place. We called it the lodge. It was a fishing cabin in North Carolina on Currituck Sound where my grandparents, Dub and Granny went on vacations. What made it special to me was the unbelievable endless supply of fish. I could sit on my tackle box and watch my red and white bobber, like Dub taught me, next to that seawall and catch fish like this all day with just hot dogs for bait. I didn’t need Dub or Dad to help me one bit. I just had to go and get Dub every time I caught one. I loved it. Granted they were just common catfish, but they were special to this three year old. When I was a kid it didn’t matter what I fished for, just as long as I could fish.

The next photo is my Granddaddy Hood and me with some largemouth bass strung up on a willow switch. Granddaddy told me he used to whoop my Dad with one just like it and as long as I was good I had nothing to worry about.

Going up to Granddaddy’s house in North Carolina always meant fun. Fishing, shooting guns, whittling with his pocket knife and hunting is all Granddaddy
ever did.

The next photo is me so happy after Dad and Granddaddy Hood showed me how to shoot an air rifle. We shot pigeons right off the neighbors roof. Mom and Grandma Hood weren’t too happy I will tell you that. I still can hear Grandma yelling at Dad and Granddaddy. In Between she kept telling me to put down those “dirty birds”.

Whether the target species were snook, redfish, trout, largemouth bass, bluegills, catfish, bowfin or gar I was always after them. To tell the truth, turtles, snakes, lizards, spiders and frogs were not off limits either. If I couldn’t fish, I was reading, thinking or just dreaming about fishing.

I was too young to remember when I started using a spinning rod, but I do remember getting my first bait caster, a Shimano Bantam 200, for Christmas when I was in the fourth grade. Dad got me a 5’6″ Ugly Stick too. I was the bad ass at the local pond after school.

Who needs Nike’s when you got a Shimano!

At the age of fourteen I met Jenni, my wife.

We grew up fishing and enjoying the outdoors together.

At the age of fifteen I got my first boat of my own, an Alumacraft 16′ commercial Jon boat. The first year or so I had a 1966 Johnson 20 on it. Later for my 16th birthday my mom bought me a brand new 40 Evinrude for it. I had taken the electronics off my dads boat before Mom sold it. I knew I would need them someday. I was probably the only person in the world with a Si-Tex paper graph and flasher on a Jon boat. I also did some custom work on the boat myself. I put a front deck with lots of storage, a large bait well/live well and a trolling motor on it to finish it off right.

Jenni and I took that boat everywhere. From the Suwannee to the Keys, I doubt there is a lake, river or body of water of any kind in the state of Florida we didn’t go at some point. I would read about a new place in a fishing magazine then I would study the charts of the water and roadmaps for a week or two before we went.

The older I got the more I gravitated toward bigger fish. I still fished freshwater from time to time, but the saltwater was forever calling my name. I fished a few tournaments, but that was never really my thing.

I bought my first real good fly rod, a G.Loomis at about age 15. I mowed a lot of grass and washed many a car to get my hands on that. Graduating to the fly rod seemed a very natural next step. Over the next few years rarely did I ever use anything else.

Yes, I was a purist fly rod snob by the time I was 16. I had it bad. So bad in fact I would only use the flies I tied myself. Luckily, I grew out of that phase.

The big trucker hats…those were the days!

About 1992, at 21 years old I got an idea. I could take a few folks fishing. Just a couple a month. Then Jenni and I could afford a new boat. Never in a million years did I think just a few years later I would be making a full time living at it. Now well over 20 years later, I still can’t believe it.

Growing up my father had a Shipoke.  At the time it was the finest flats boat on the market. In 1992 they really weren’t in production anymore.  Back in the late 80’s, the best of the best tarpon guides fished Silver King boats.  I knew that was the craft it had to be.

The new boat, a Silver King 16, expanded my horizons. Now I had the range to go anywhere, anytime I wanted. Three years or so after getting the boat I was able to go full time in the guide business.

Making a living fishing! What a concept!

Over the next few years the fish continued to get bigger and as you can see from the more recent photos so did I.

Through the years I did learn one important thing, there is no love like your first love. She can never be replaced. I will never let her go.

Yes Jenni, I am talking about you. (It just so happens that is how I feel about my Silver King boat too!)

Ever since I was a small child I had an itch to explore new water. In that regard nothing at all has changed. Always wanting to go a little further than the last trip. I went a little bigger, boat wise, to be able to satisfy that need to wander. Larger fuel tank, horsepower and size to get back home when the weather kicks up. I think the exploration of new water keeps everything fresh and exciting. I haven’t run out of new places to explore yet!

To this day I say, the day I start to burn out on this will be the last day I fish for a living.

I inherited the love for fishing and the water from my father, but Jenni and I learned to fish the saltwater flats together. As kids we often traveled around the state in search of a new adventure. (Really nothing has changed there either!)

Now over 30 years has passed since I started pushing the pole for a living full time.  My only regret is letting go of that first old Proline. That old blue boat changed my life.  I have since tried a couple other lesser hulls, like the Gause Built, but quickly went back to an old Proline. They run shallower and are just better suited to my style of fishing.  The one I have now I will never get rid of.

I have always had lots of hobbies. Hunting, shooting, archery and playing the guitar just to name a few.

My Dad used to say a man has got to have his priorities straight.

Well for me, priority #1, always has been and will forever be fishing and that will never change.

I love to introduce newcomers to the sport as well as hosting more seasoned anglers into the tropical saltwater experience.

Although I really don’t mind fishing freshwater and offshore, the inshore saltwater flats and backcountry will always be my home. 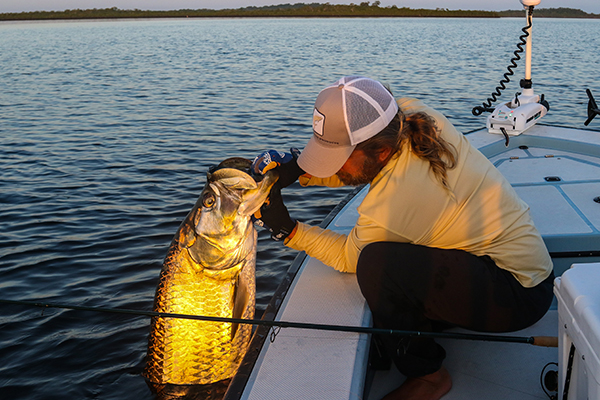 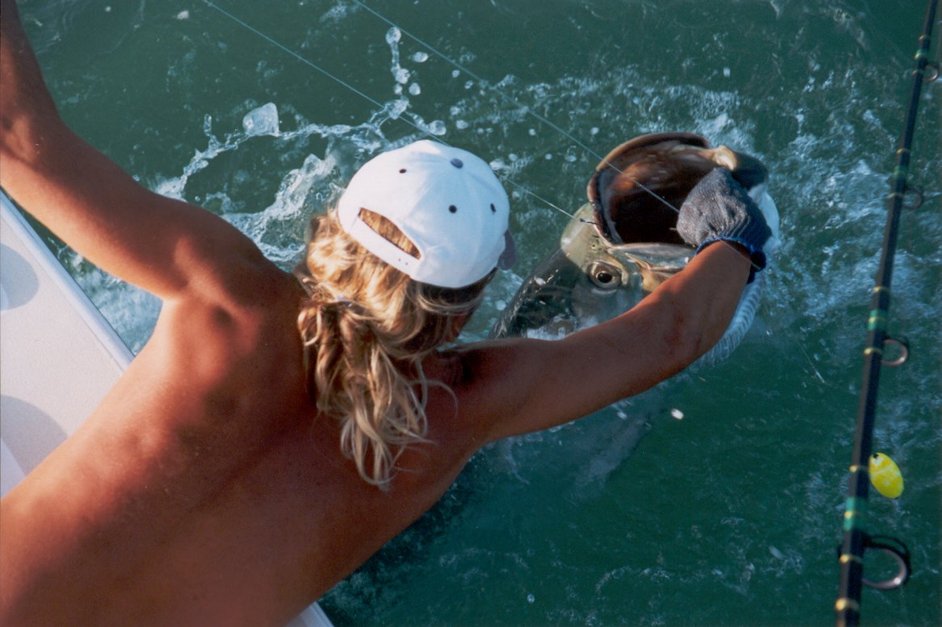 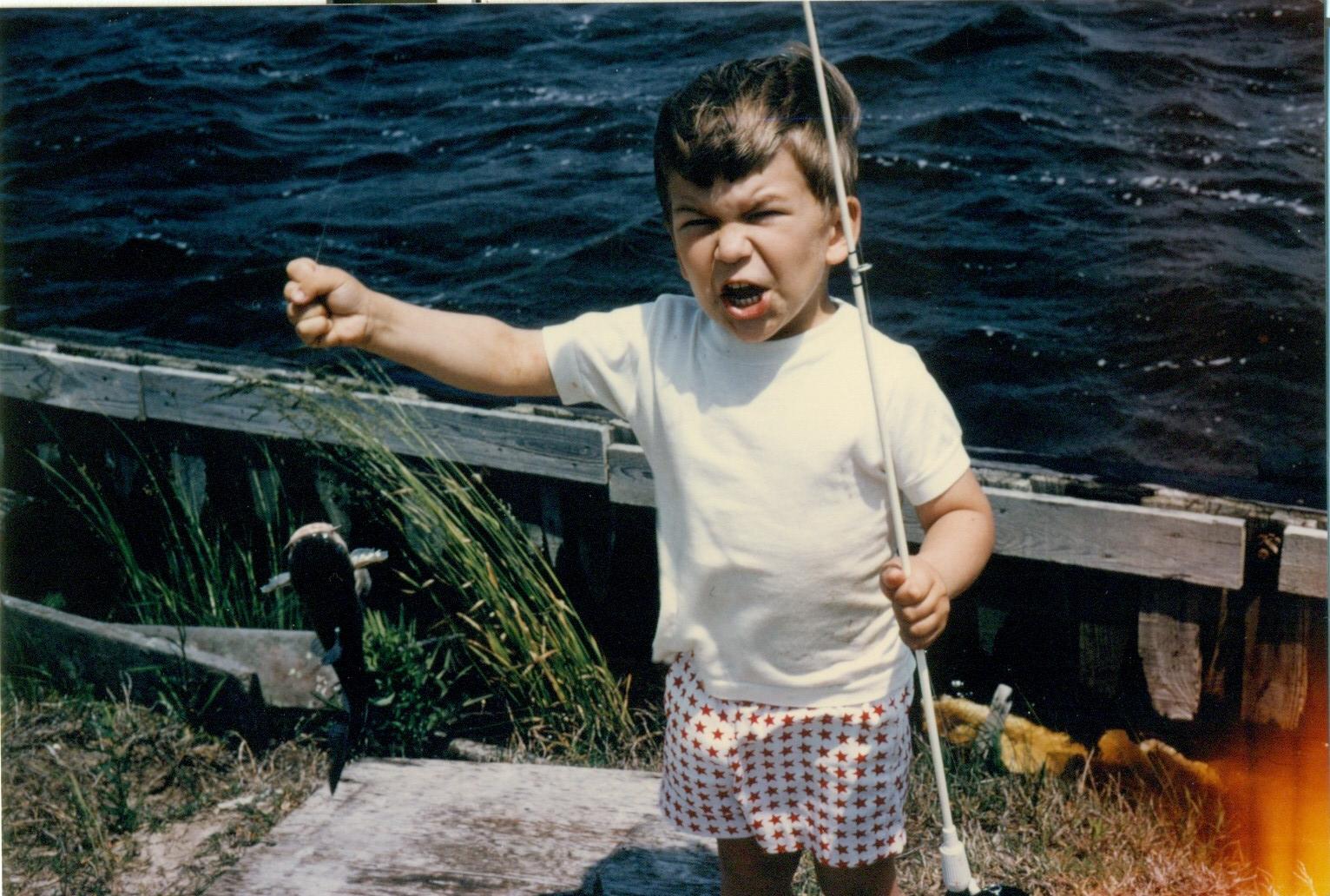 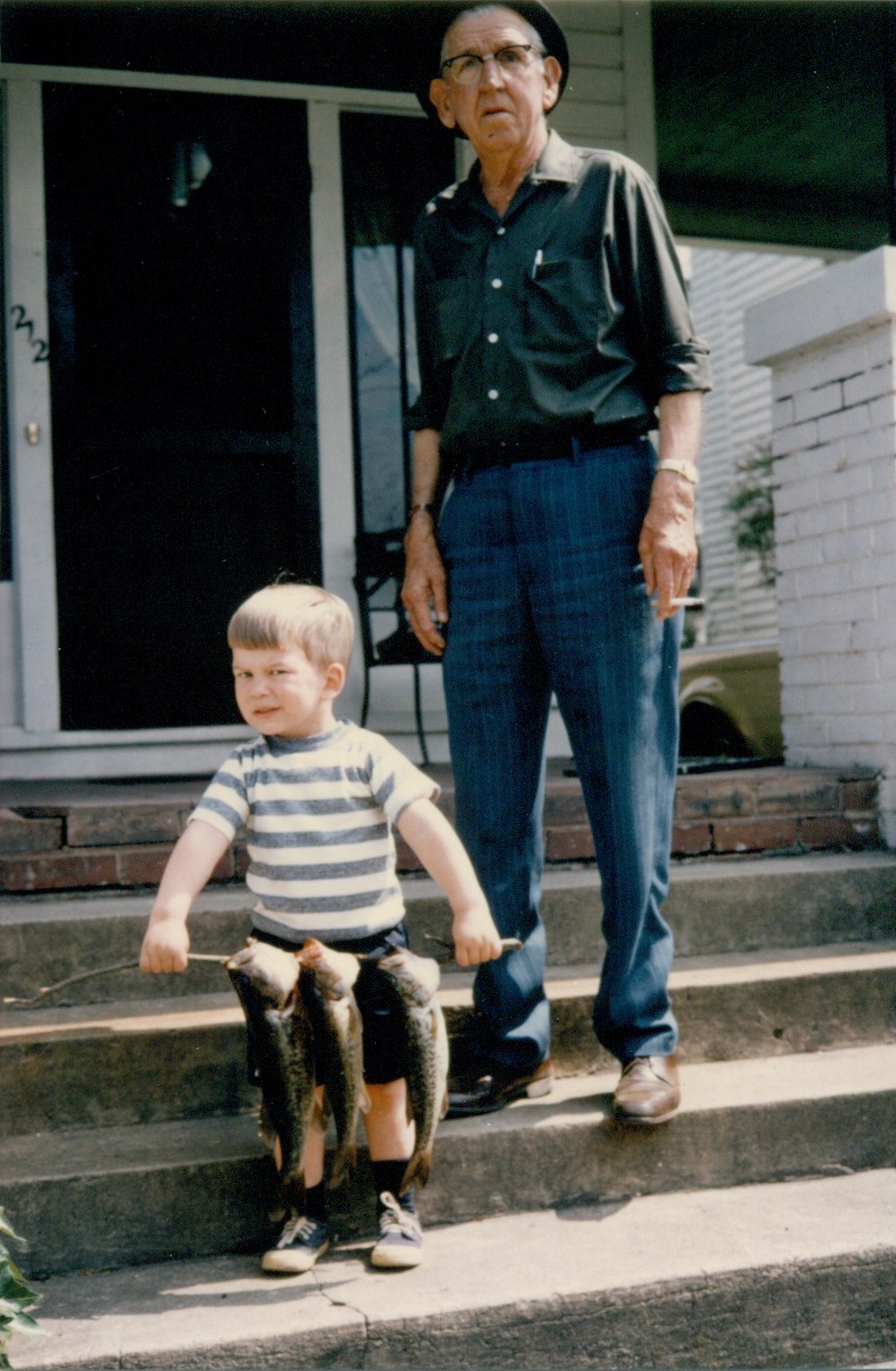 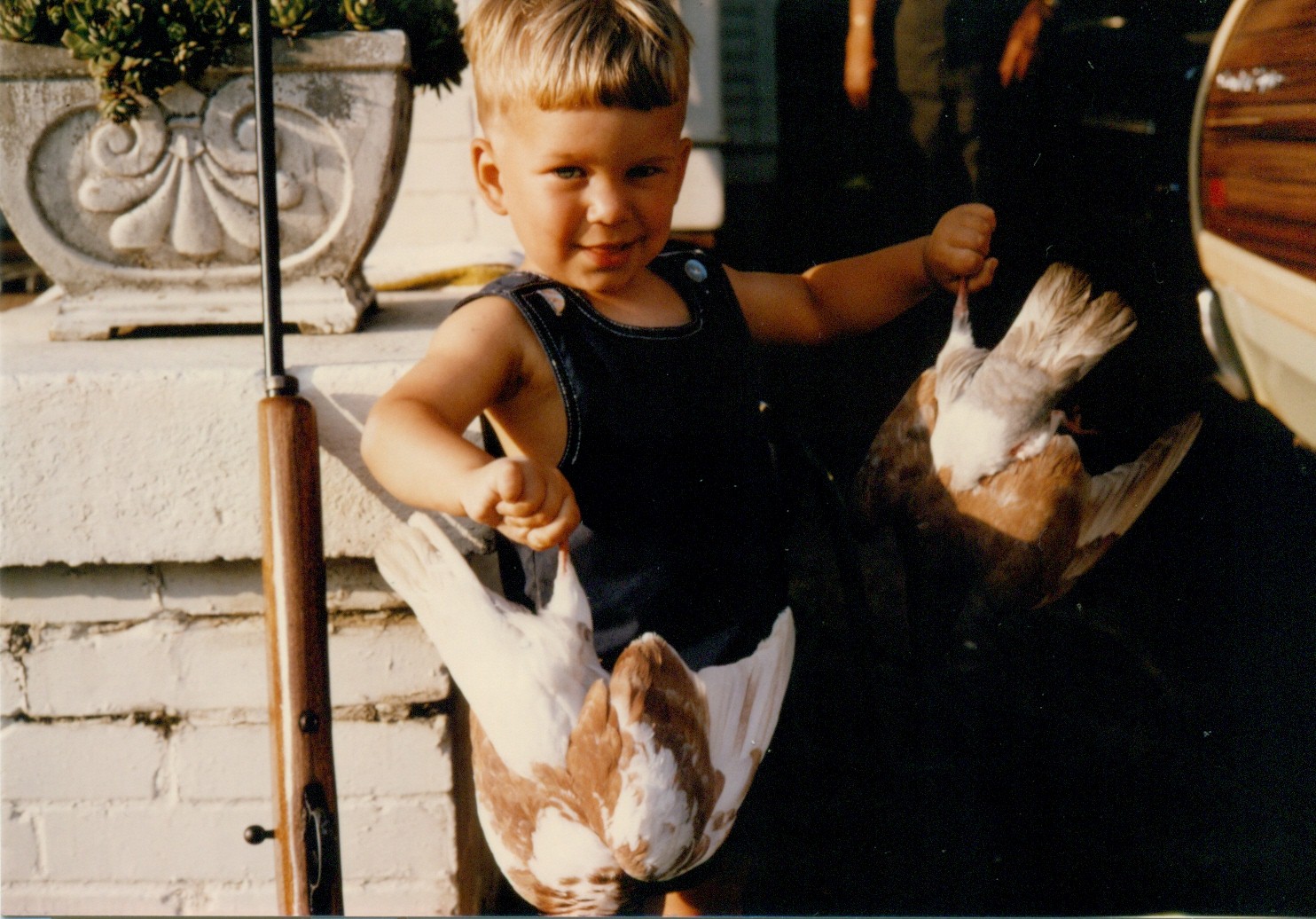 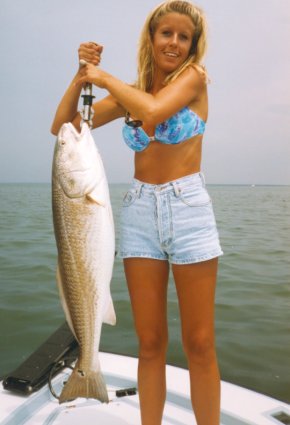 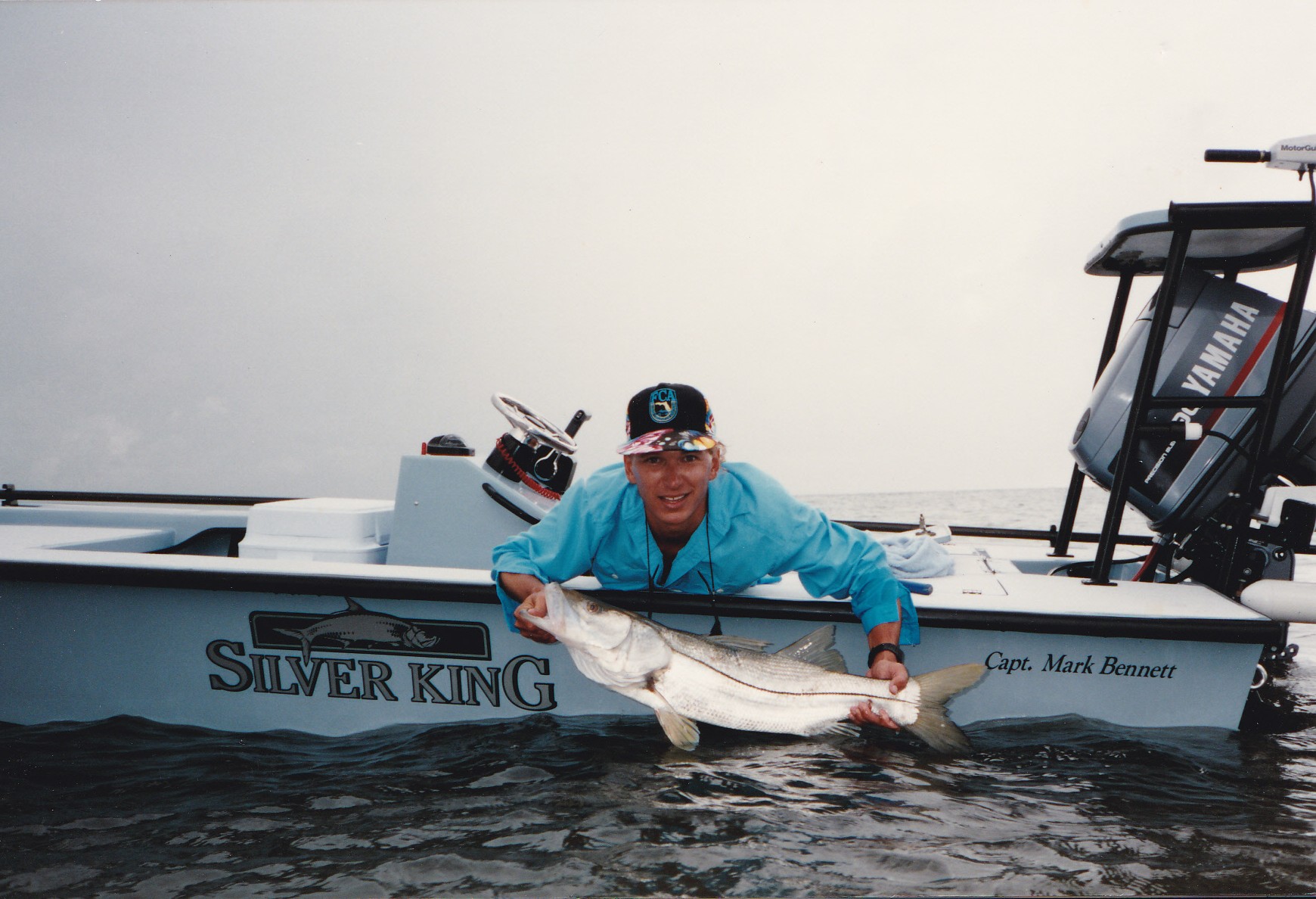 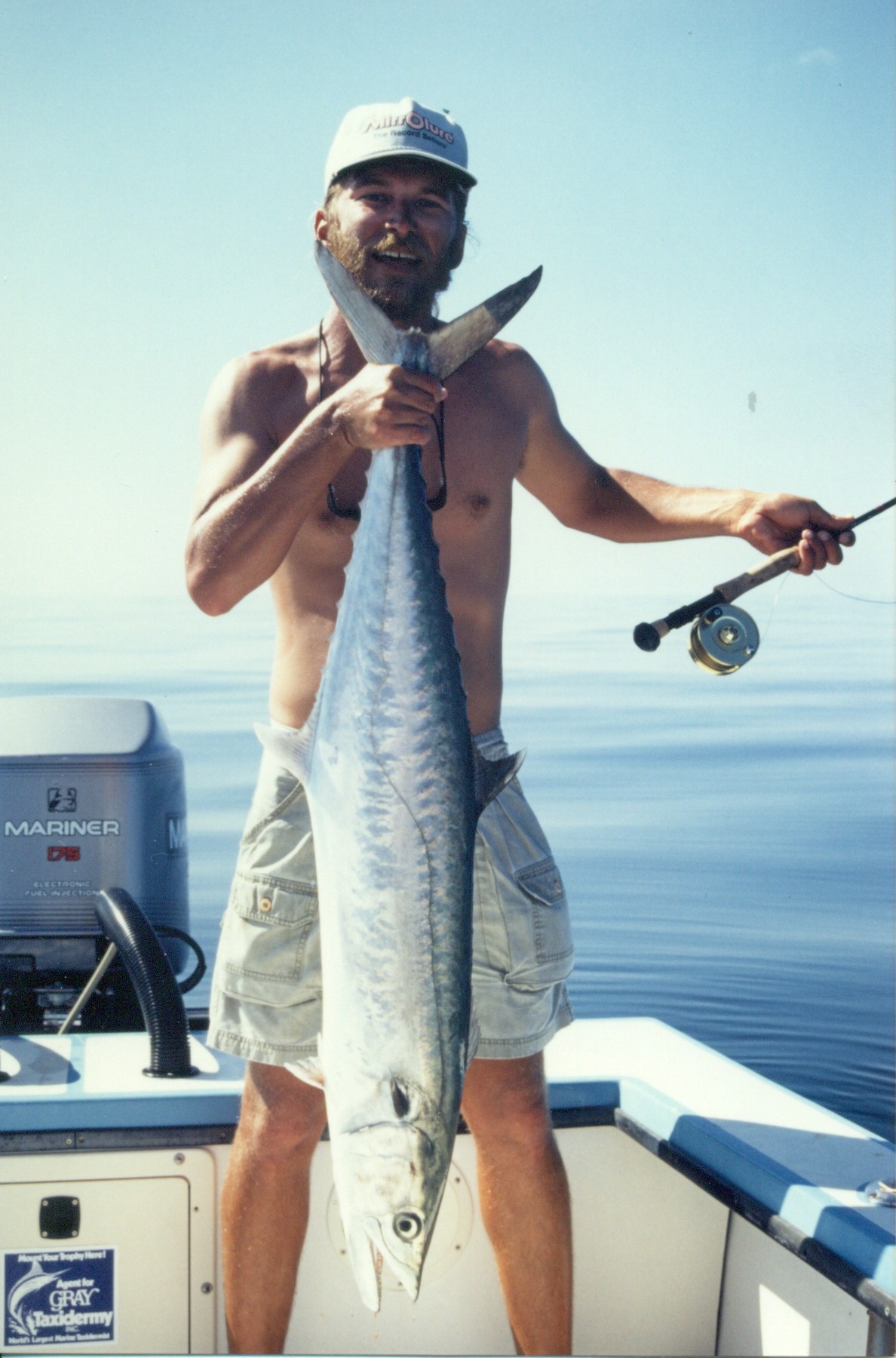 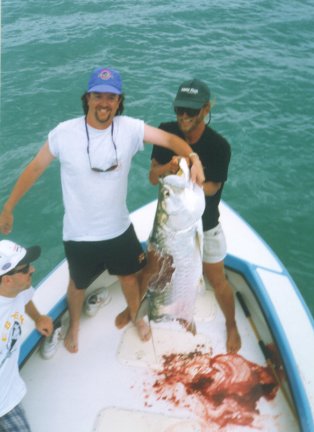 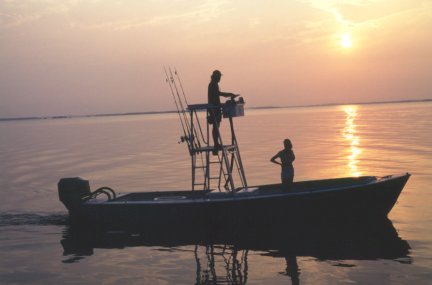 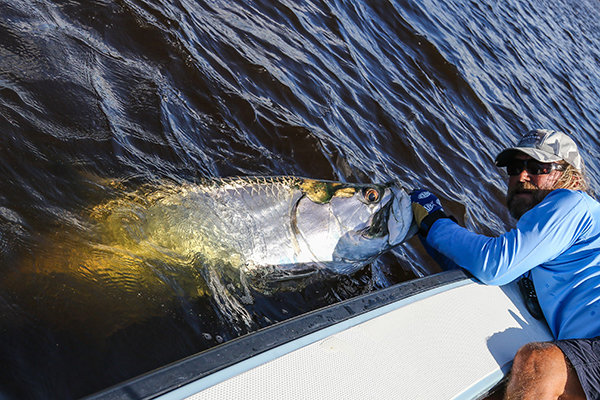 Back then who would have ever thought?

Mom wants to know what happened to her son? 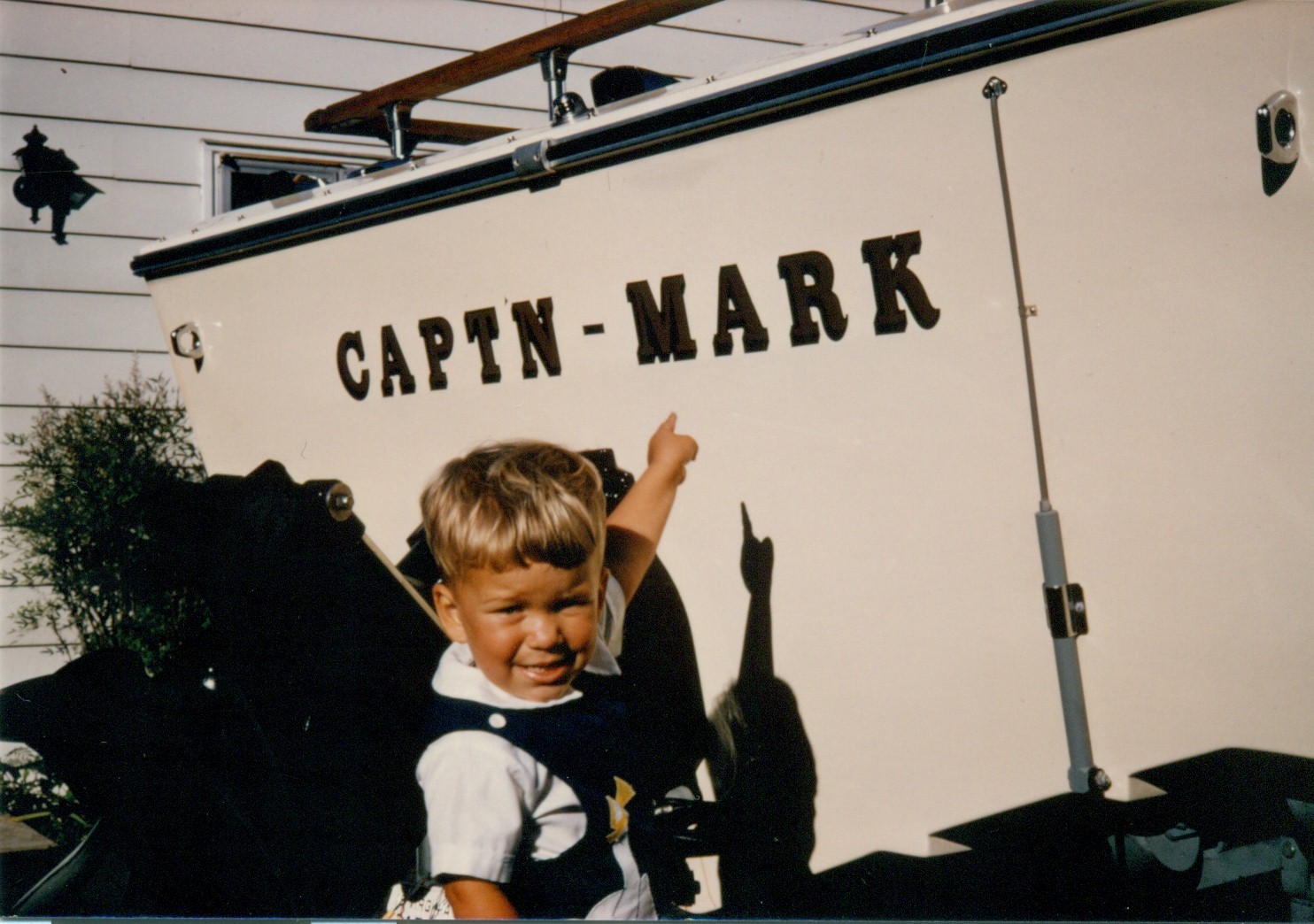 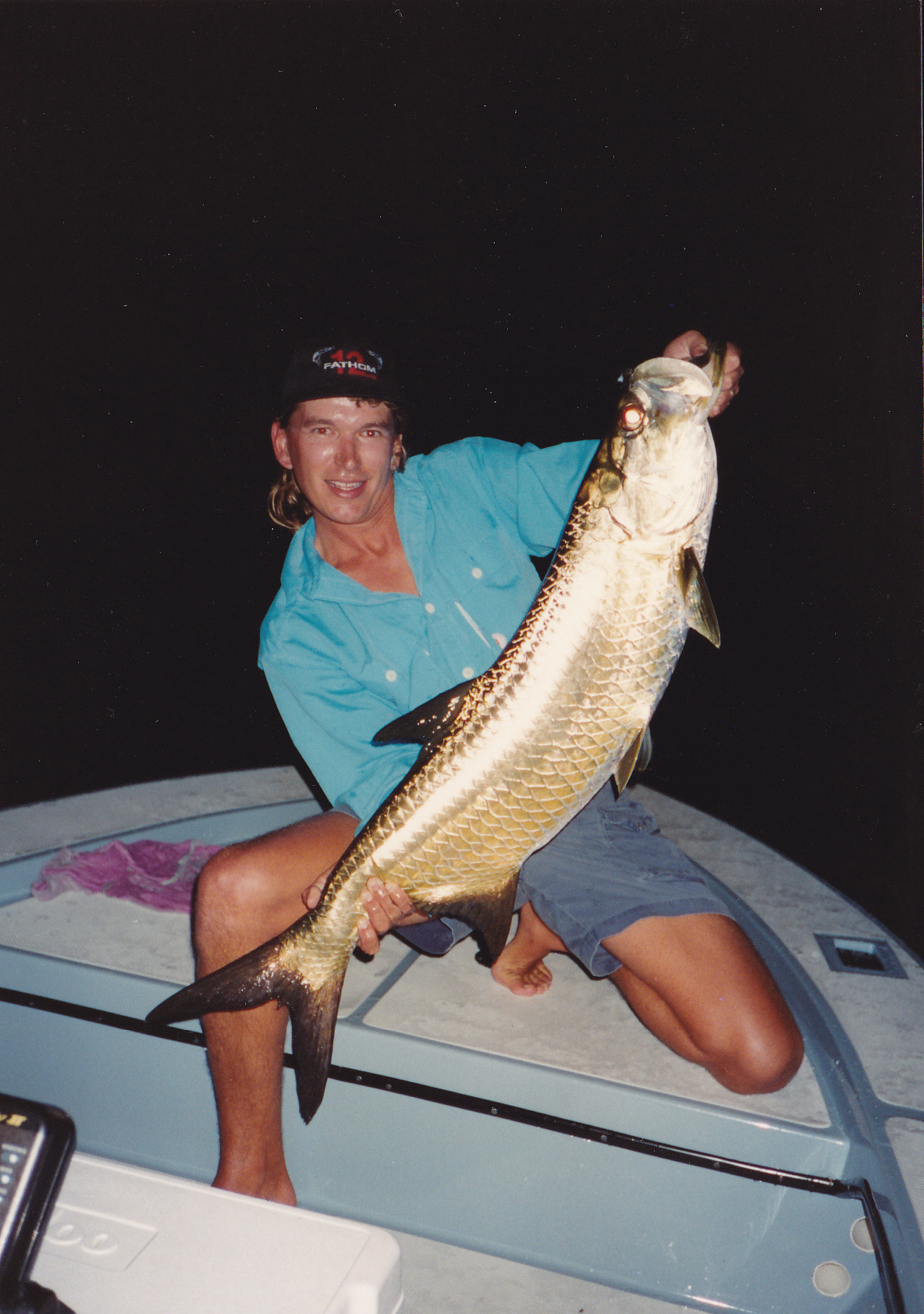 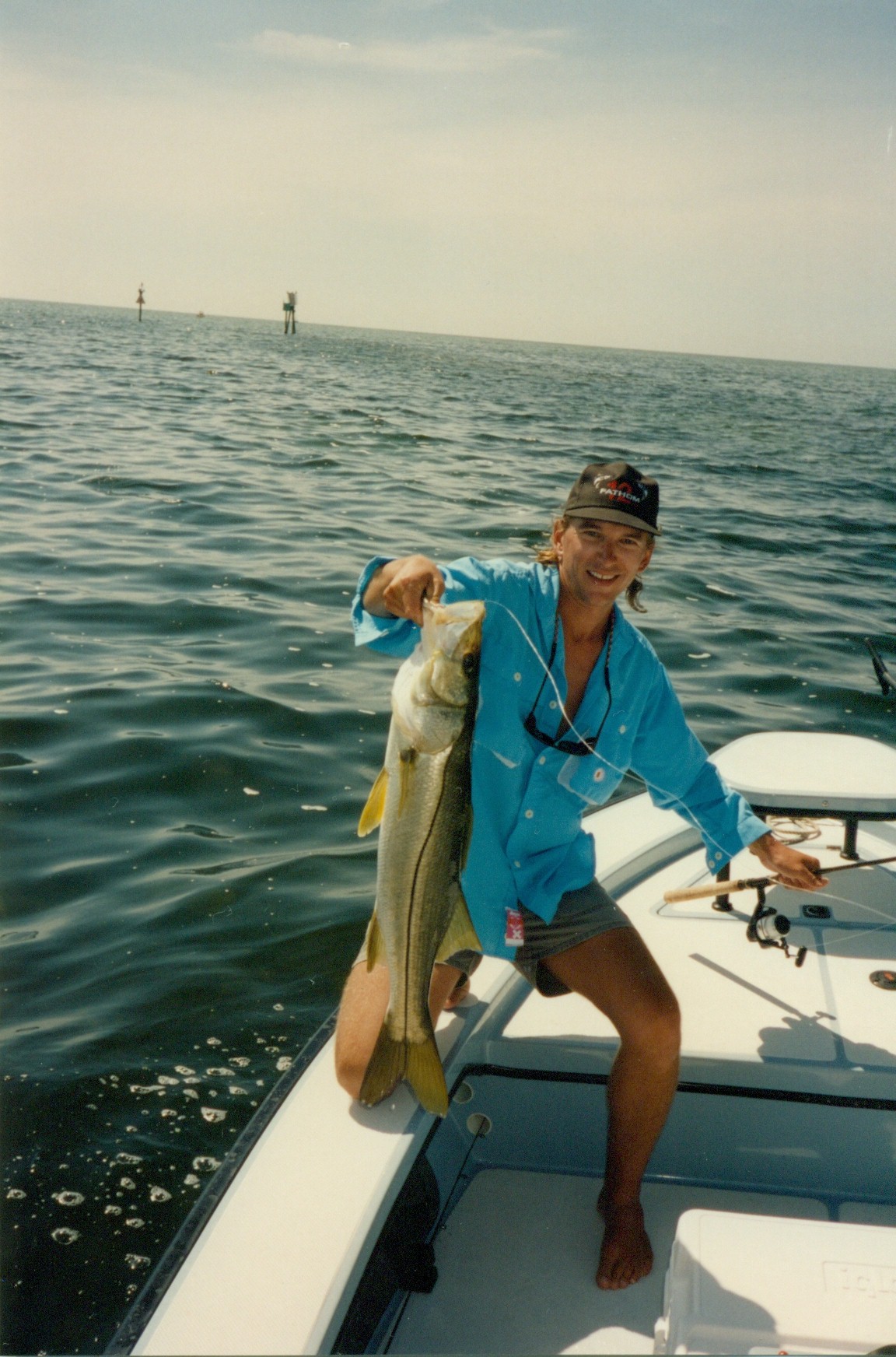 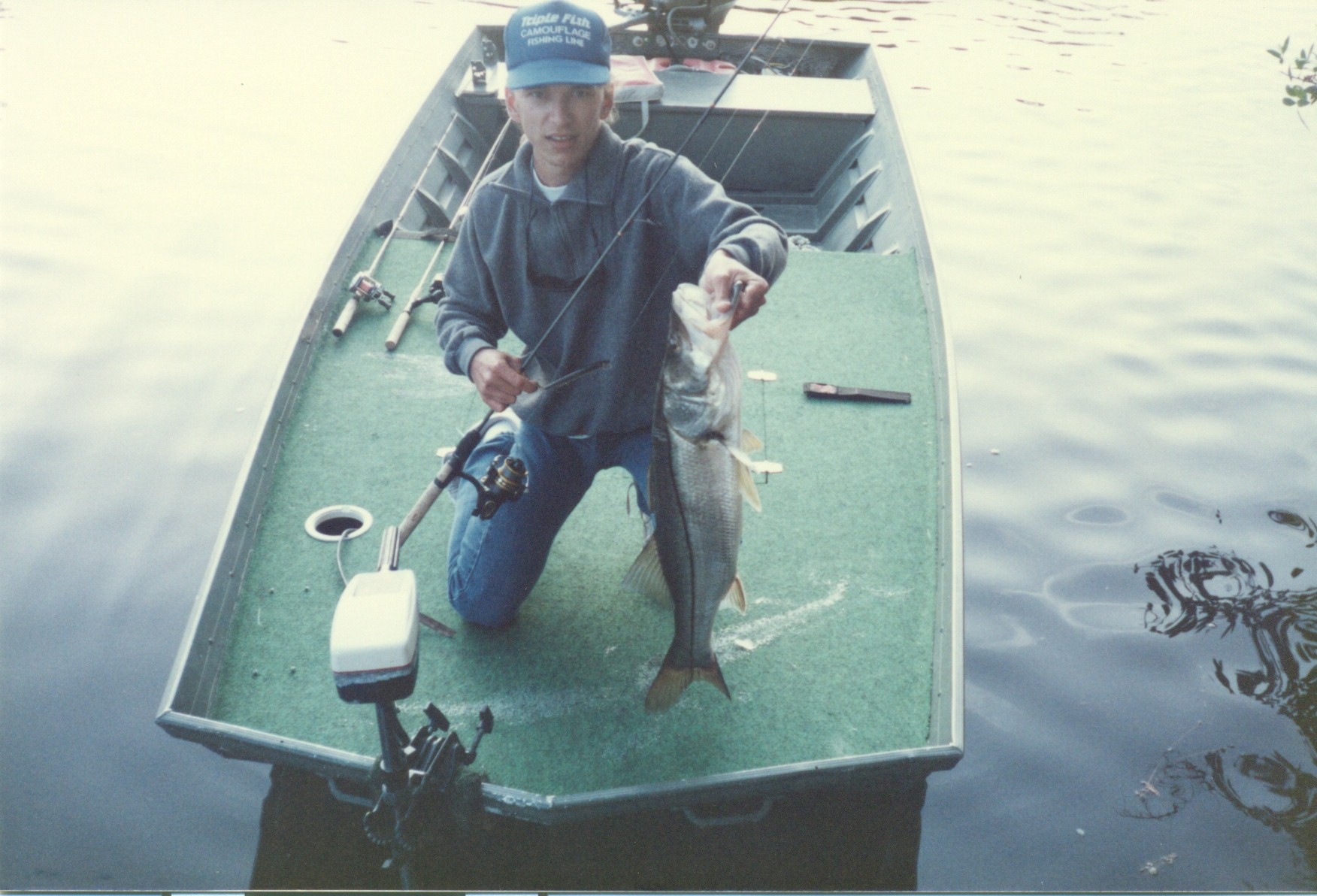 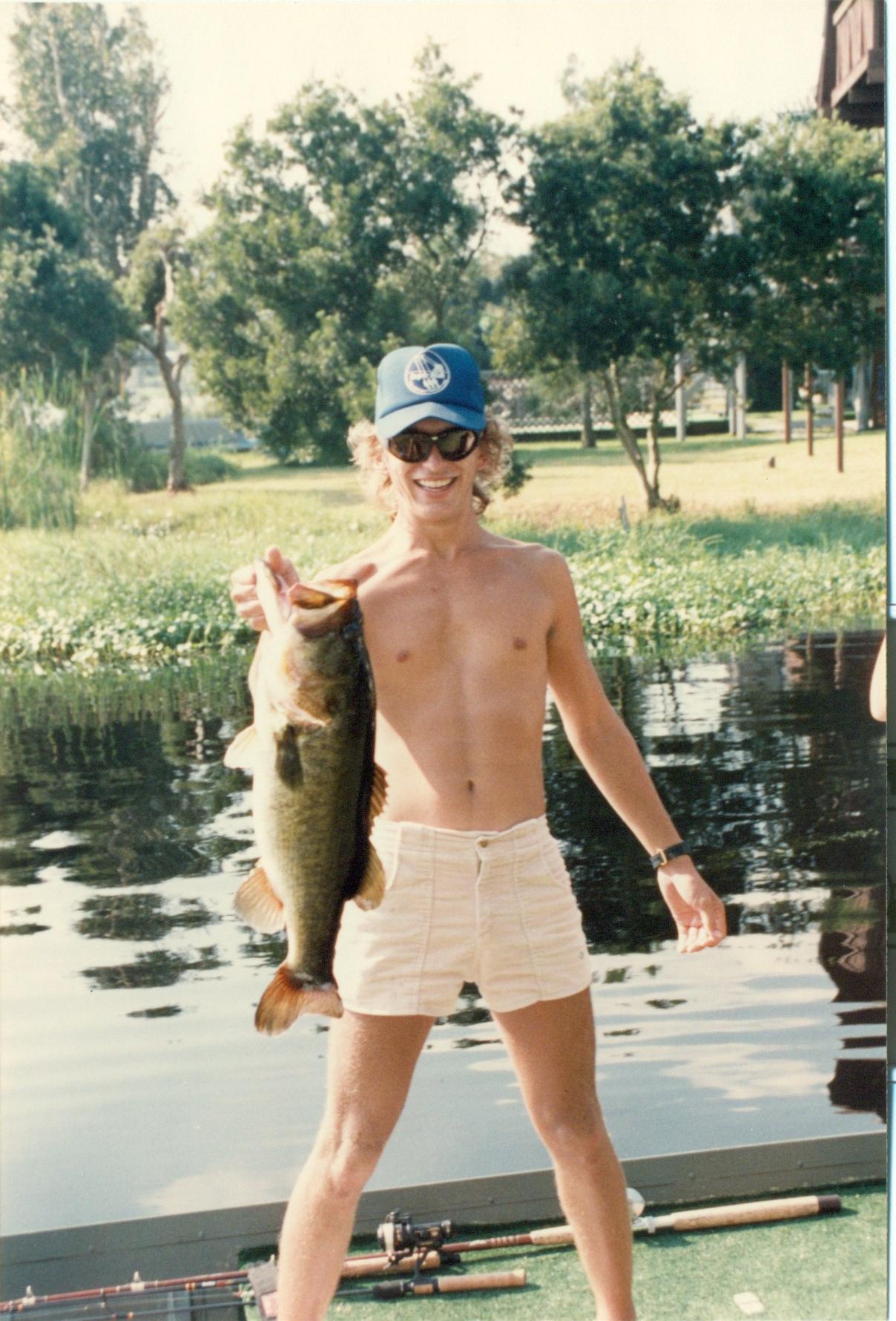 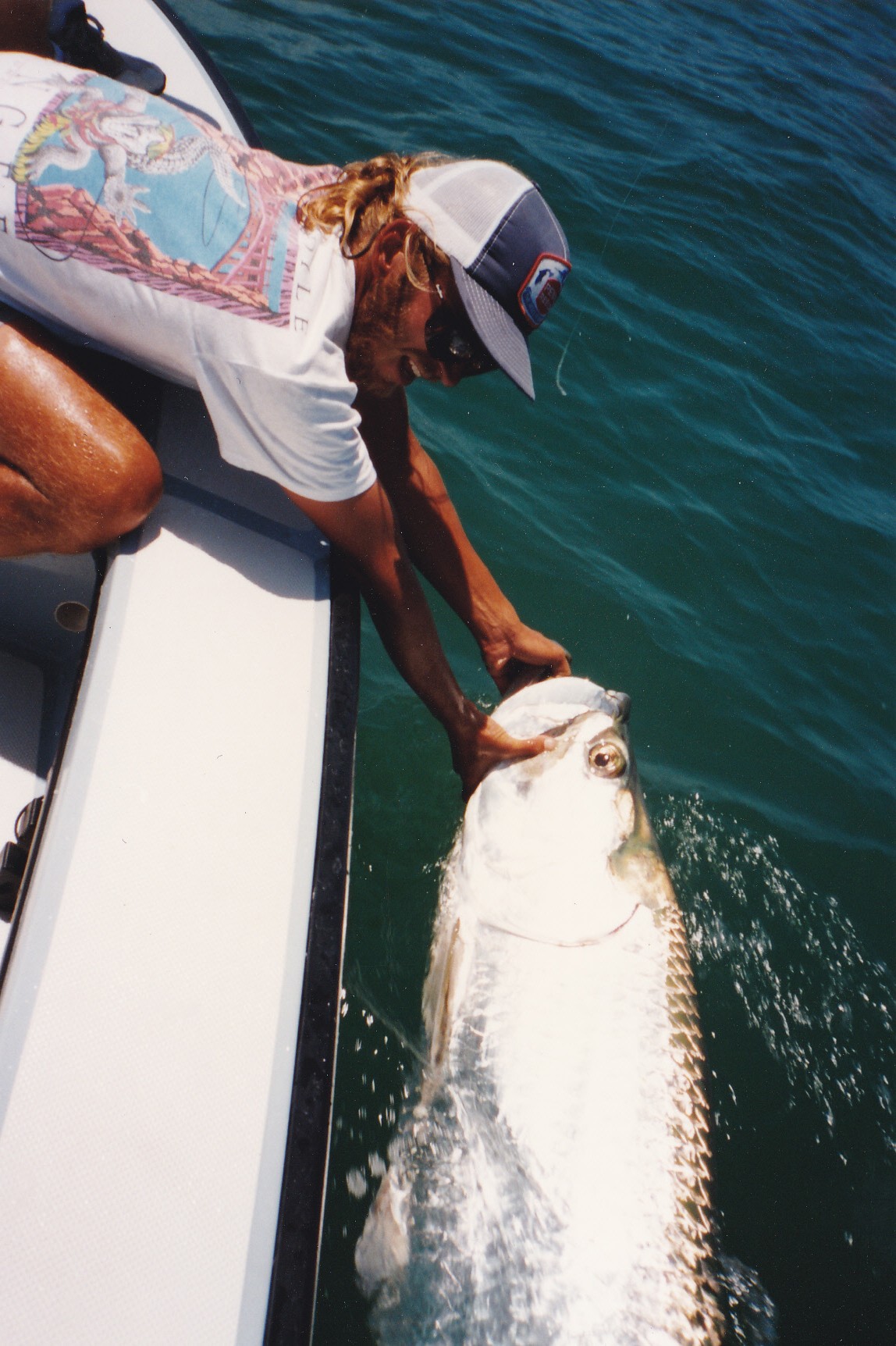 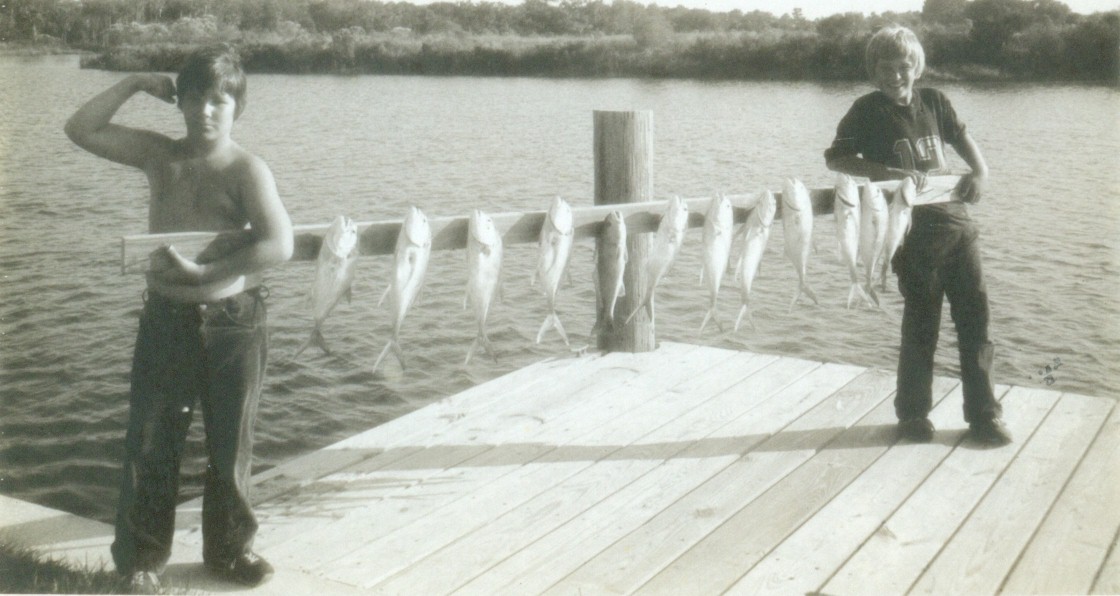 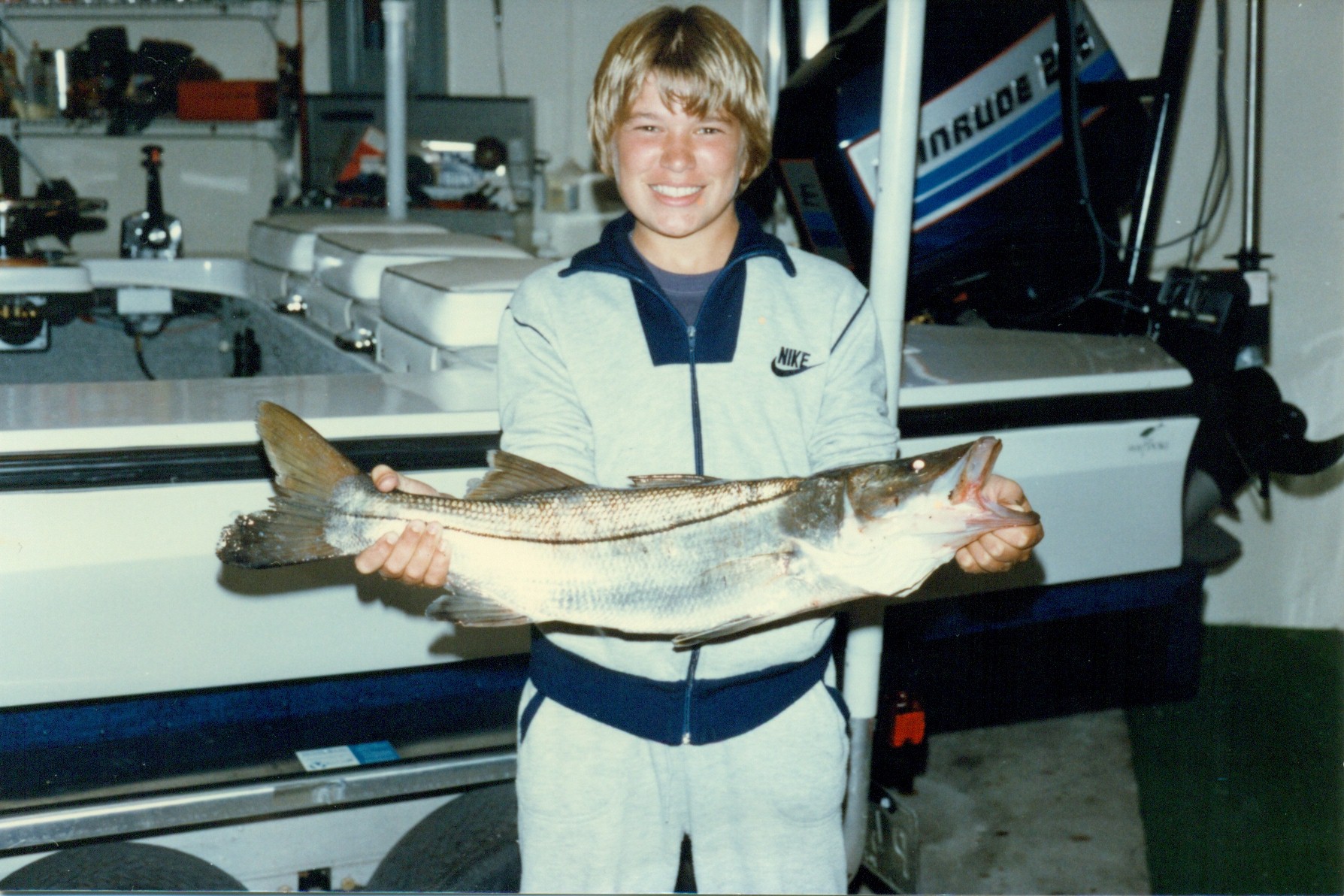 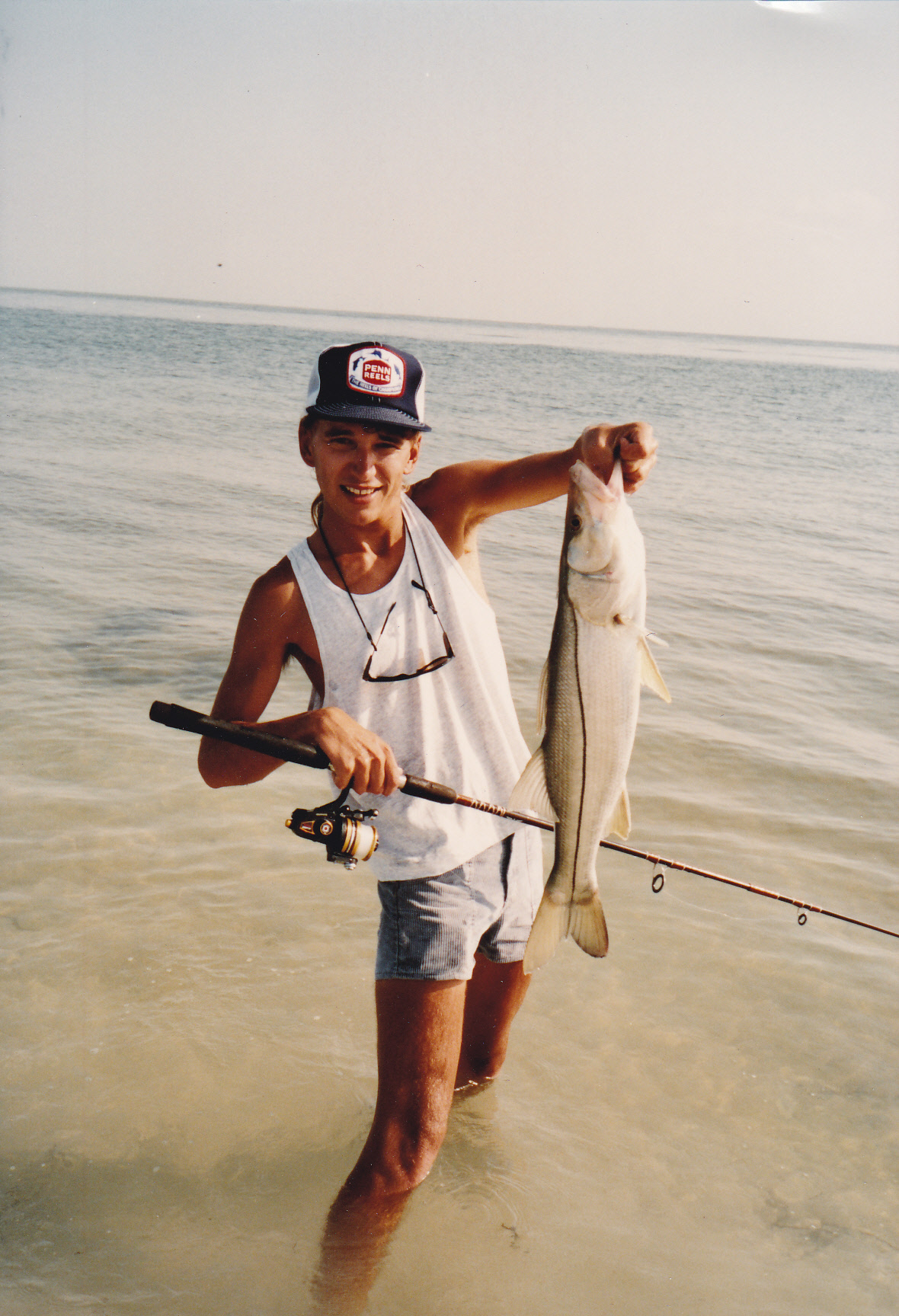 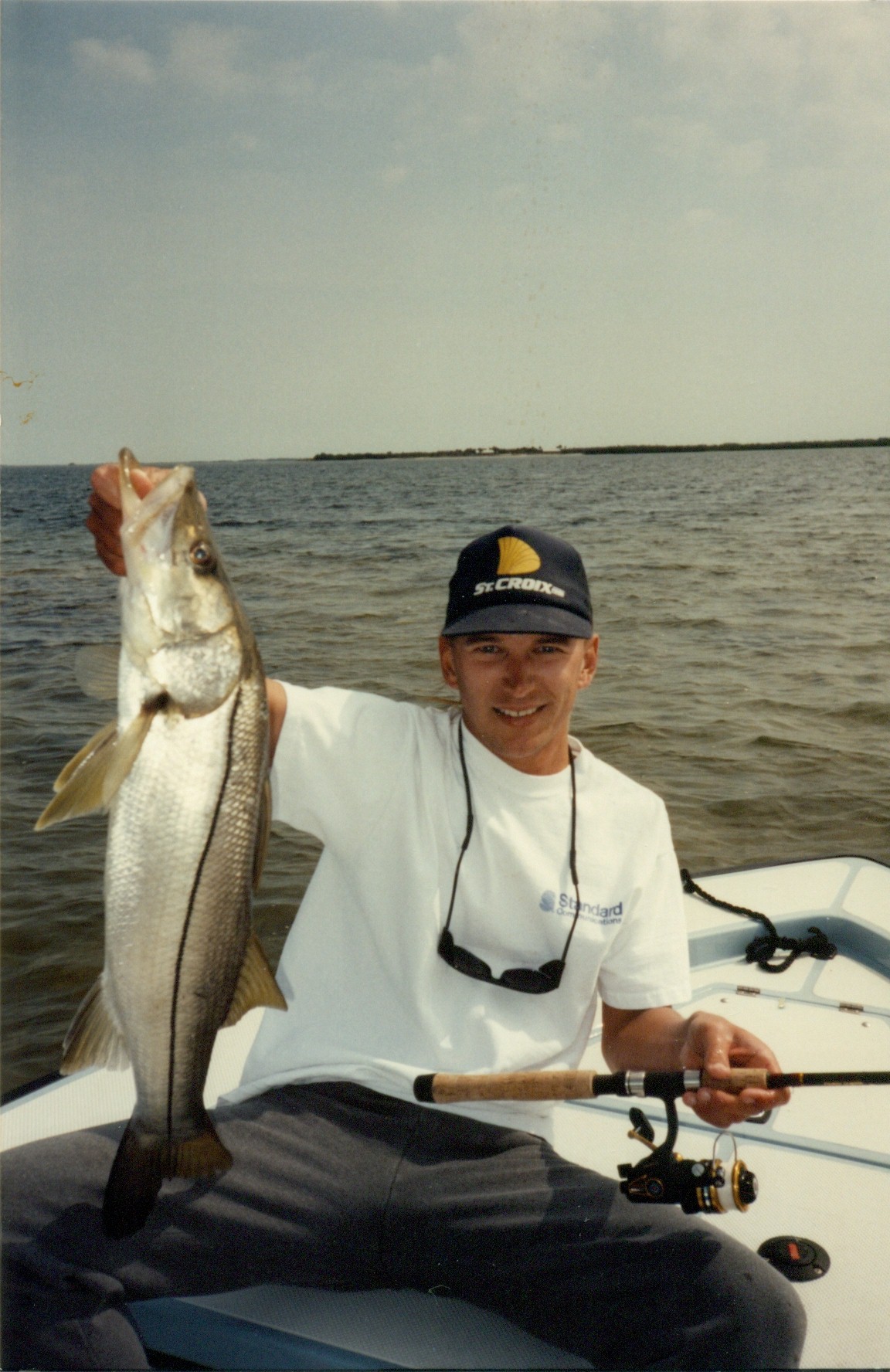 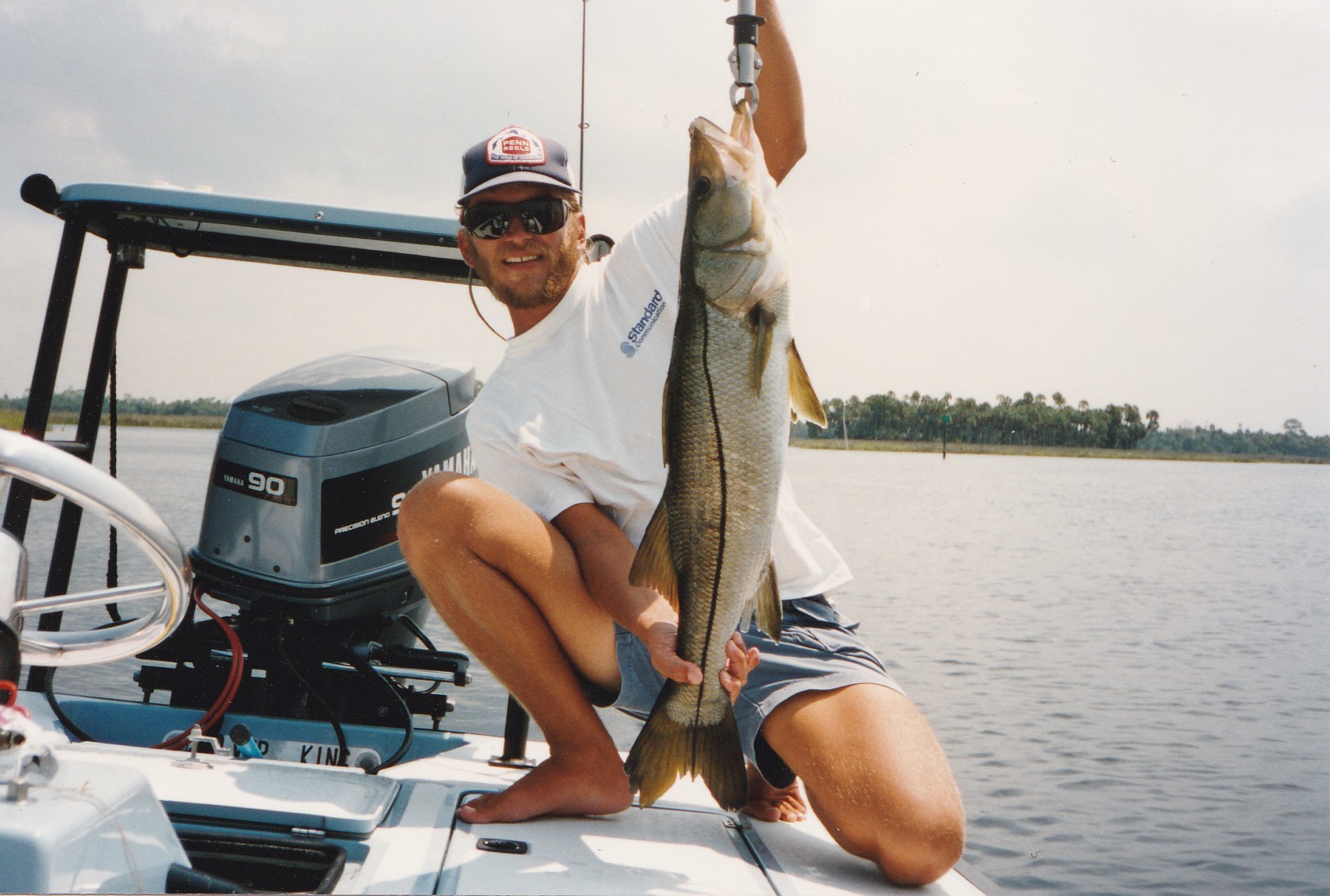 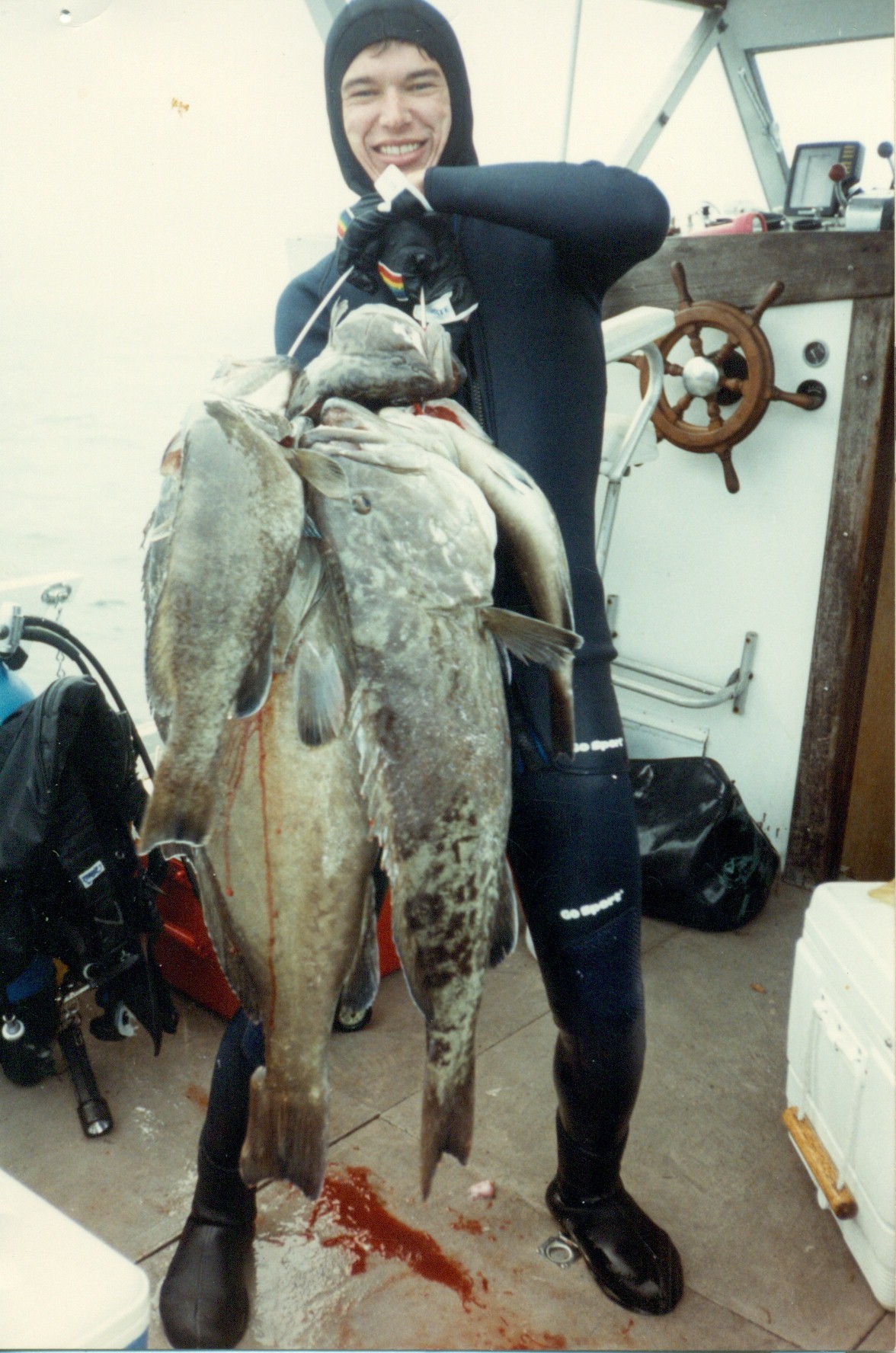