Due to the extensive damage to Boca Grande and the surrounding area we have moved our operation a little bit.  I will be fishing along the beaches out of Venice, FL starting June 1st.  Fishing the same water as before just a different starting point.  Venice had minimal damage and the beaches are beautiful.

What Boca Grande Tarpon Fishing is All About.

Boca Grande tarpon fishing, it is all about the migration…

Starting as early as April, thousands of tarpon start their migration to the Boca Grande/Charlotte Harbor area.

The Boca Grande area has been scientifically proven as the major spawning destination of the Atlantic Tarpon for the entire west coast of Florida.  This is where the gathering takes place.

In May migrating tarpon stop to rest and feed in the Florida Everglades then continue north to spawn.

June and July the Southwest Florida holds the largest population of adult tarpon anywhere in the country.  In other words, for pure tarpon fishing, this is the place to be.

If you are looking for full size tarpon June and July is the peak of the season near the Boca Grande/Charlotte Harbor area.

June and July, we are primarily fishing along the beaches. Sight casting to large pods of fish.  These pods or social groups average 30-100+ fish.  Quite the sight to see for sure.  These fish gather along the beaches and passes to go offshore to spawn.

Although most people know Boca Grande for the big pass and the 150+ boats in it.

Instead I choose to hunt the tarpon other places.  The beaches, flats, bays and backcountry offer an unmatched light tackle experience far away from the mass chaos of Boca Grande Pass.

I fish the beaches from Captiva to Anna Maria islands all of the way to the rivers in the back of Charlotte Harbor.

The relentless pursuit of these magnificent fish has been my lifelong passion.  Although my fascination for these fish started in my childhood, I have been guiding full time since 1992.  For just over 30 years I have made a full time living catching tarpon far away from the crowds.

This is big game fishing at it’s finest.  Explosive strikes, powerful runs and acrobatic jumps make the tarpon the ultimate light tackle saltwater challenge.  The “Silver King” is truly a fish that lives up to it’s reputation.

Out of respect for my quarry, I would never kill a tarpon for any reason.  I go to great lengths to ensure a safe release on each and every fish.  Even our photos are taken with the fish still in the water.  I feel conservation is key to having a sustainable fishery. 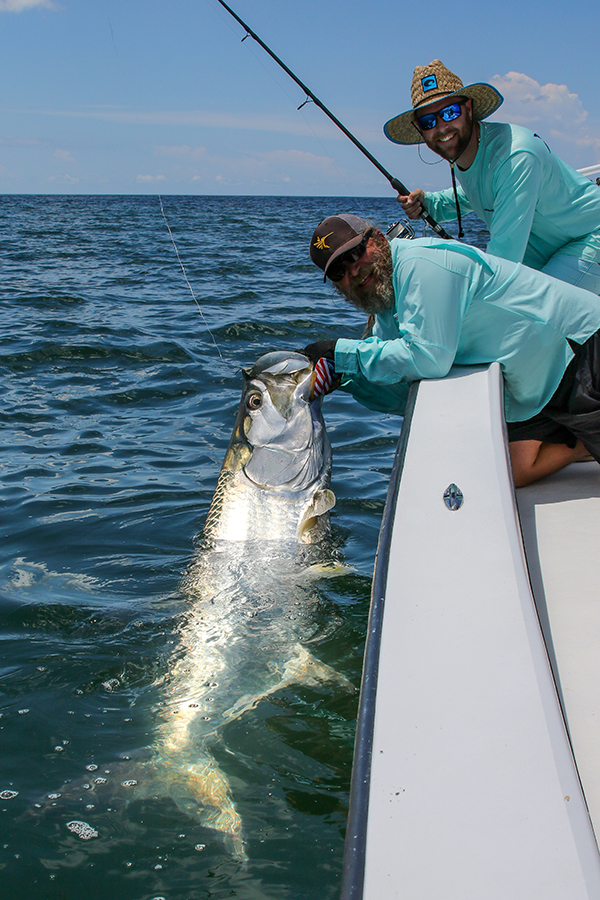 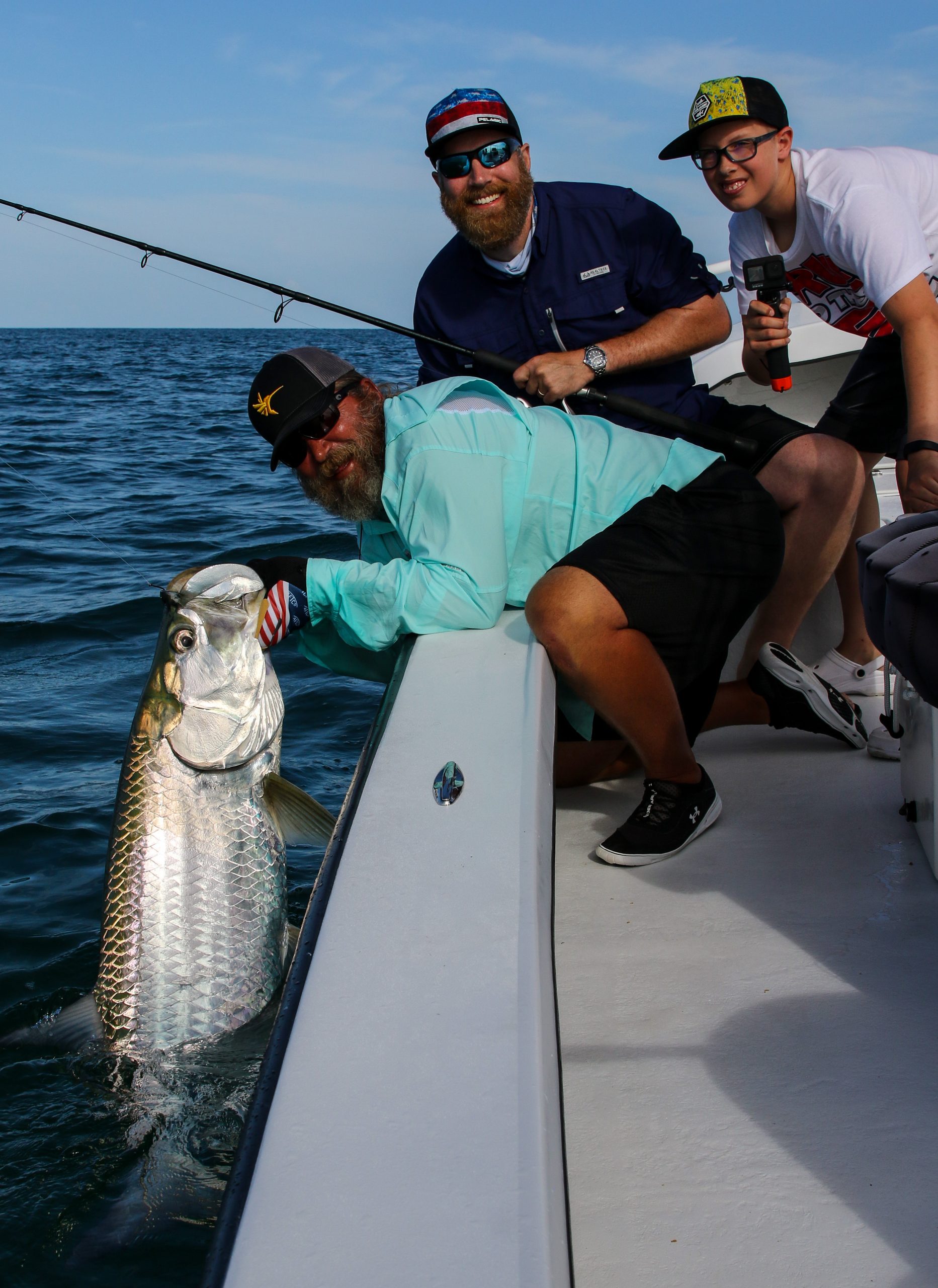 During the ’09 season I started tagging tarpon for the Florida Wildlife Research Institute’s Genetic Recapture Program.  Not only was I recognized as the top fishing guide in ’09 and ’10, but I broke every record for numbers of tarpon tagged by a fishing guide in a single year, two years in a row.  Almost doubling the numbers of my closest competitor.  Even with my limited participation in the program in 2011, I tagged/sampled more tarpon than anyone on the West Coast of Florida.

Every photo on my website was taken on my boat in just the last couple seasons.  The hardest part of building this website is choosing from the thousands of unbelievable photos my wife Jenni takes every season.

Over the last 27 years, Jenni’s unique ability, timing and eye for perfection through the lens has burned onto film what I feel words alone can not express. 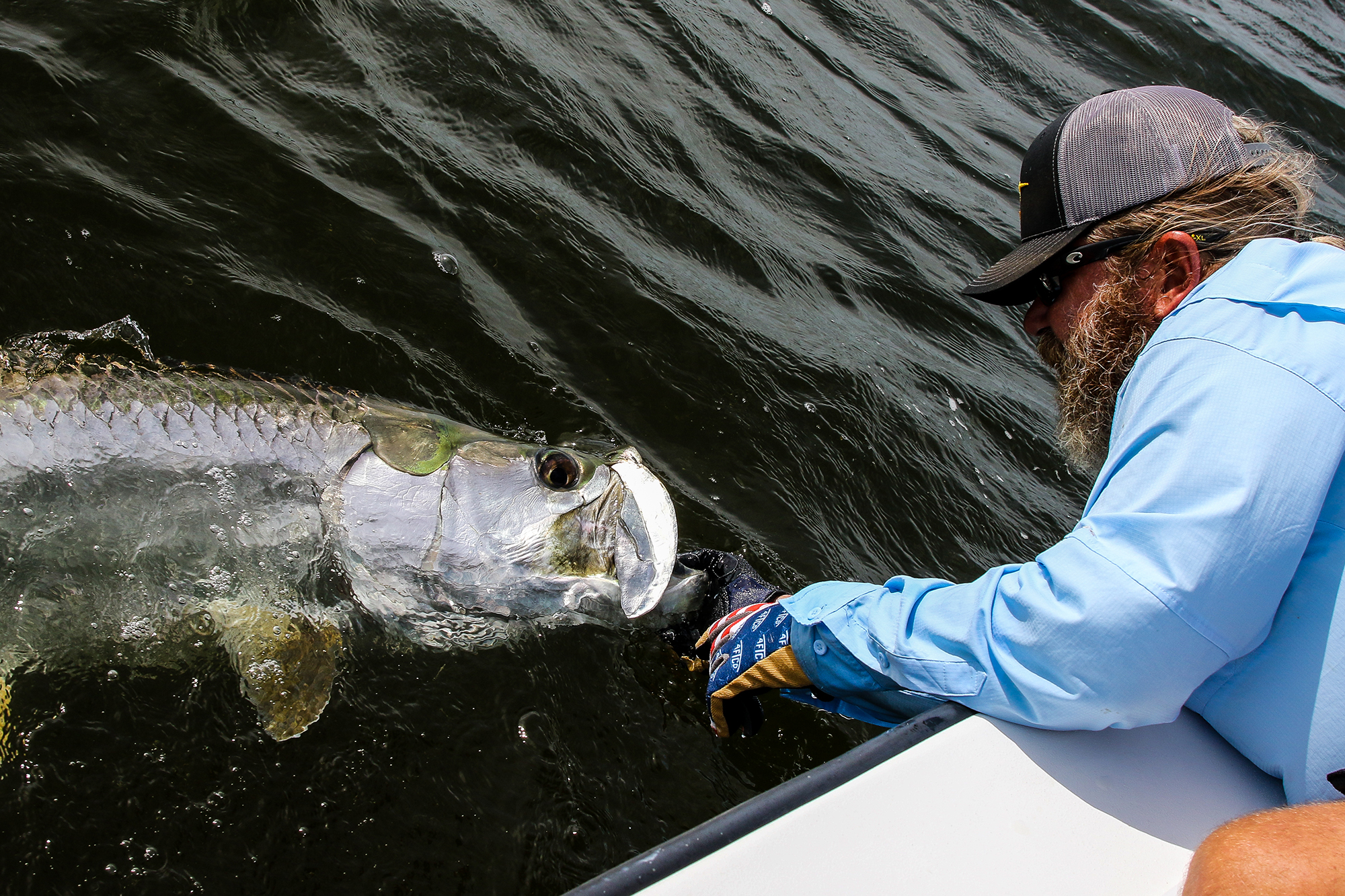 For me it is all about the tarpon…

It always has been.