The Migration: My story, how I got here.

This information pertains to the larger migratory tarpon.  Charlotte Harbor and the Florida Everglades have lots of resident tarpon as well.

Every year in February thousands of Atlantic Tarpon start their migration North to Boca Grande.  To spawn in May and June. Passing through the Keys, Florida Bay and the Everglades by March.  By April the northern edge of the herd is starting to reach the Boca Grande/Charlotte Harbor area.  The numbers increase daily.  The fish pour through Pine Island Sound and along the beaches toward the upper reaches of Charlotte Harbor to rest and feed.  A couple weeks later they move back out to Boca Grande and the surrounding beaches to gather for the spawn. During the spawn in late May and June herds of thousands of tarpon go over 100 miles offshore to spawn and return within a few days. This cycle of going offshore repeats itself several times in varying degrees on the stronger tides over the course of two to three moon cycles. After the spawn, the fish then return to the rivers and bays to feed once again. Then large pods of fish start to migrate back south for the winter.  On their way South the tarpon start to show back up in the Everglades in the fall.  They stage in the Everglades to rest and feed before making their way around Florida Bay and back to the waters off Key West and beyond for the winter.

It is all about the migration…that’s what it has always been about for me.

As a child just seeing one of these majestic fish in the wild was enough to fuel my passion for another year of dreaming about following the tarpon through their migration. By the age of 15, I had already mastered tying every popular tarpon fly pattern of the day. As I filled my fly boxes, I visualized casting those flies to herds of tarpon pouring across bright white sand bars in gin clear water. After all of these years not much has changed…lol

My family often went on fishing trips to the Florida Keys, Boca Grande, Anna Maria Island, Homosassa and our home waters of Tarpon Springs. My father heard reports of the fish being here or there and off we went. Sometimes they were there, but so many times they were not.

Early on, I often wondered why we were unsuccessful in so many of our attempts. As I grew older I realized our timing was off, often by just a few days.  The advice we got from other fishermen and guides on where to go hurt our chances way more than it helped. I learned the hard way reports from others only let you know where the fish were, not where they are.  Rather than relying on others I had to learn how to do this on my own.  I knew then if I was going to be successful I would need more time on the water, a lot more time. To just fish on the weekends definitely wouldn’t do.  The only way to realistically make this happen was to be a tarpon guide. I never expected to make that dream a reality just a few years later.

In 1992, after realizing my dream of becoming a full time fishing guide I knew I wasn’t done.  Anyone who knows me well knows I can not sit idle and be content with anything.  The idea of chasing the migration up the coast from the Keys to Boca Grande and back was in my heart, but at the time was financially well out of reach. I had been to all of the places so many times, but to predict the movement of the fish from place to place and year to year was a guessing game at best. Moons, tides and weather trends all factor in to the equation. To be at the right place at the right time at the peak of the migration could be done, but to be able to get the logistics right ahead of time would be paramount to my success.  Had it ever been done?  Not to my knowledge.  I knew it would be a lot of work, but I was up to the task.

I made a decision 30 years ago when I started guiding.  If I could not be there as they were passing through and stay with the major push of tarpon, I would need to be where they were all headed.  I needed to be at the location of the gathering…Boca Grande…

Boca Grande it was going to be.  That is where I would start.

The legendary pass has a magical draw for these fish. It is a gathering place before and during the spawn. Lots of tarpon stay after the spawn to feed heavily on the abundant supply of bait. The Charlotte Harbor estuary holds an unbelievable food source as well and offers many places of refuge. Tarpon move all over the area to spawn, feed and even rest. Pods of tarpon push offshore, up and down the beaches, go way up to the rivers and spread all over the flats as well. They require as many different tactics as they have places to go.

I have spent the last 30 years making a full time living stalking the flats, bays and beaches of the Charlotte Harbor estuary and all of it’s surrounding waters.

Just over 15 years ago I knew it was finally time to take the next step.

The Everglades National Park is the only true wilderness area in Florida.

A never ending maze of creeks, rivers and islands.

Back then I started spending most of my free time and all of my money learning the way the water flows and where the tarpon go down in Florida Bay, 10,000 Islands and the vast backcountry of the Florida Everglades.

Whether you choose to fish with light tackle or fly, I can provide a tarpon fishing experience second to none.  No one will work harder to put you on fish.

Now, after 30 years as a full time guide, I am still chasing the dream of following the entire migration. I have hope someday I will solve the puzzle.  I already have several years of research into my next goal.  Until then I will be stalking the flats from Florida Bay to the backcountry of the Everglades all the way to the beaches of Anna Maria Island and the rivers of Charlotte Harbor.

Always searching for the greatest game fish in the world. 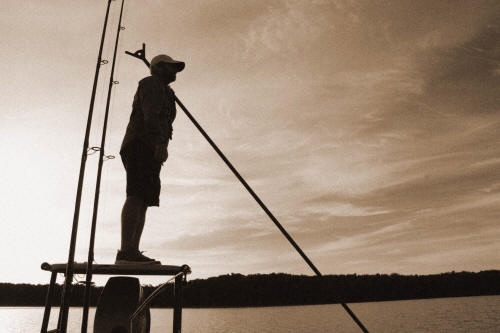 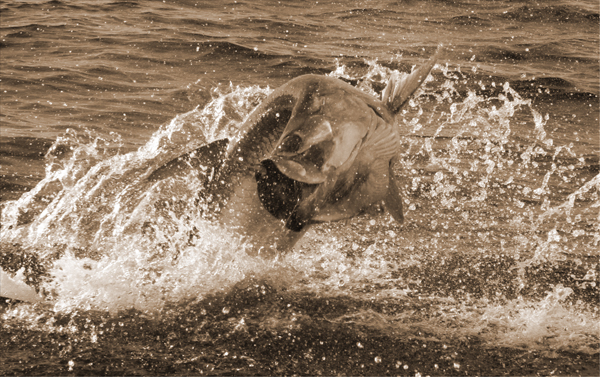 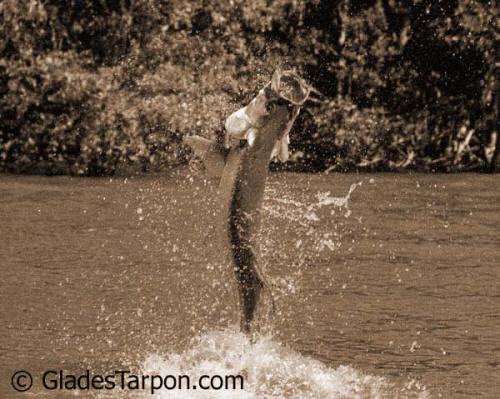 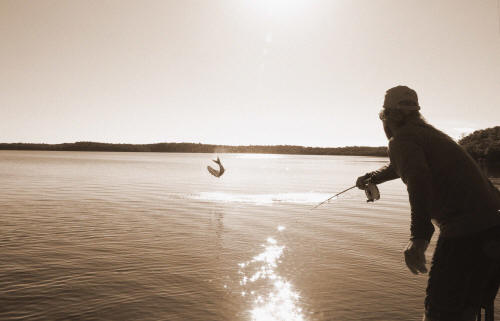 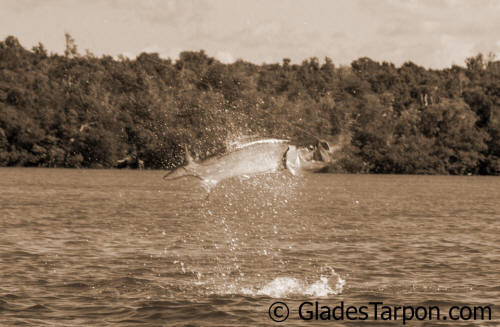 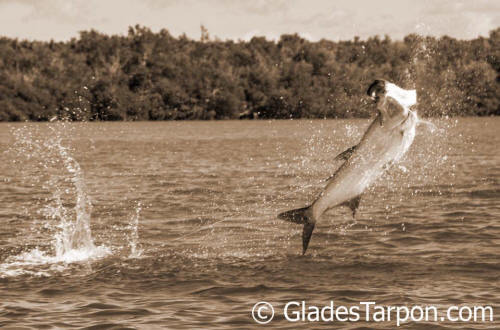 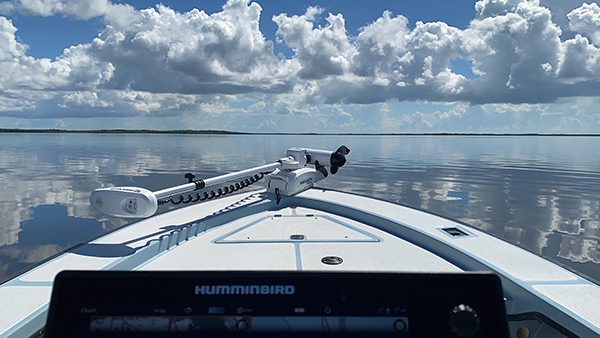 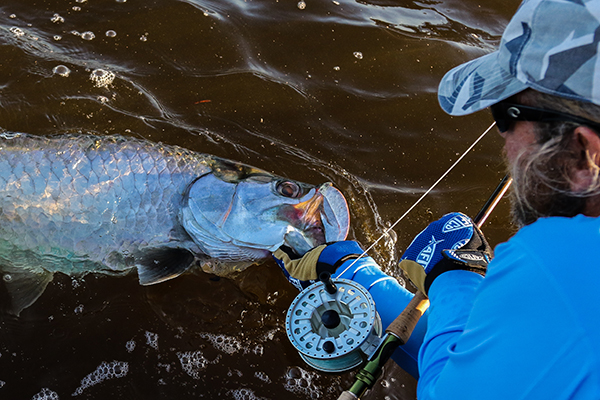